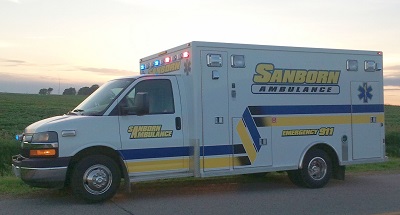 Sanborn, Iowa — A Sanborn man was taken to the hospital Wednesday morning after a single-vehicle crash near Sanborn.

According to the O’Brien County Sheriff’s Office, around 9:40 Wednesday morning, a 2006 Ford Expedition, driven by 65-year-old Jay Axdahl of Sanborn, was southbound on Highway 59, just south of the Highway 18 intersection when the SUV left the roadway to the right, went through the ditch, entered a cornfield, proceeded south through the field before turning west and continuing one-half mile into the cornfield.

Axdahl was reportedly transported to MercyOne in Primghar by the Sanborn Ambulance.

According to the report, deputies suspect Axdahl had some sort of medical condition that led to the crash.