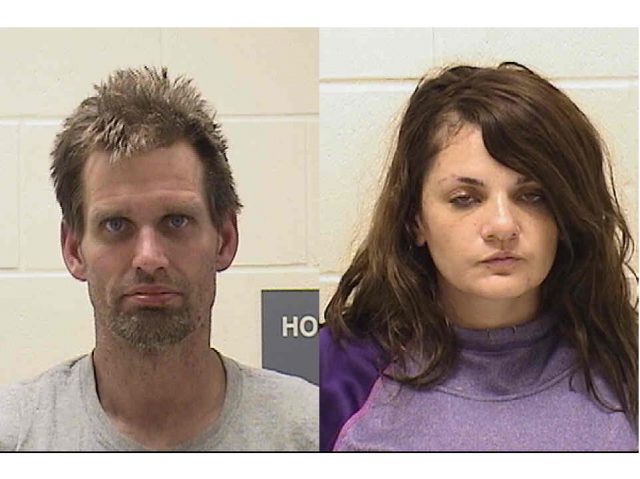 Sanborn & Sheldon, Iowa — Two people were arrested Friday afternoon as the result of a search for a person with a felony arrest warrant.

According to court records, O’Brien County deputies received a tip that a person wanted on outstanding felony narcotics-related warrants stemming from a January arrest, would be at a rural Sanborn residence. Upon arrival, deputies found the subject of the warrants, 36-year-old Debra Schuknecht outside the residence, and placed her under arrest. Deputies reportedly recovered multiple needles, along with a crystalline substance consistent with methamphetamine at the time of her arrest.

Authorities say it was determined that Schuknecht had arrived at the location in a vehicle the deputies found occupied by 44-year-old Eric Schwager. According to the criminal complaint and affidavit, deputies requested Sheldon Police to respond with K9 Balin. Authorities say Balin indicated on the odor of a controlled substance. Deputies say they were made aware of meth inside the vehicle allegedly belonging to Schwager, and deputies placed him under arrest.

Sheldon Police then reportedly applied for, then executed a search warrant on Schwager’s Sheldon residence. During that search, police and deputies allegedly located a syringe that reportedly contained a white, crystalline substance, which authorities say field tested positive for methamphetamine.