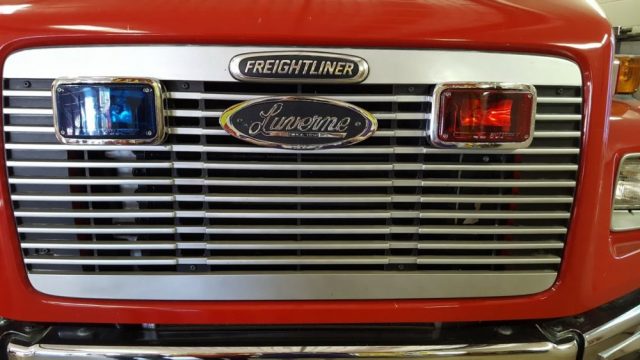 Sanborn, Iowa — A semi tractor was destroyed by fire, and Highway 18 near Sanborn was reduced to a single lane of travel for a couple of hours Monday afternoon.

About 2:15 Monday afternoon, the Sanborn Fire Department was paged for a semi on fire near the cemetery corner west of Sanborn. Sanborn Fire Chief Randy Lyman says when firefighters arrived on scene they discovered a lot of black smoke, with the 2002 Freightliner tractor fully engulfed in flames.

Lyman tells KIWA fire crews kept the truck’s fuel tanks from burning and prevented the grain trailer the tractor had been pulling from being damaged.

The Chief says the truck’s driver said he hadn’t noticed any problems until smoke started coming out of the truck’s dashboard. Lyman says there was a trail of diesel fuel on the roadway, so he says a fuel leak in the vehicle’s engine compartment may have led to the fire, but the Chief says he can’t say for sure.

Lyman says the semi’s tractor was destroyed in the blaze, but the grain trailer was able to get back on its way to Valero in Hartley following the incident.