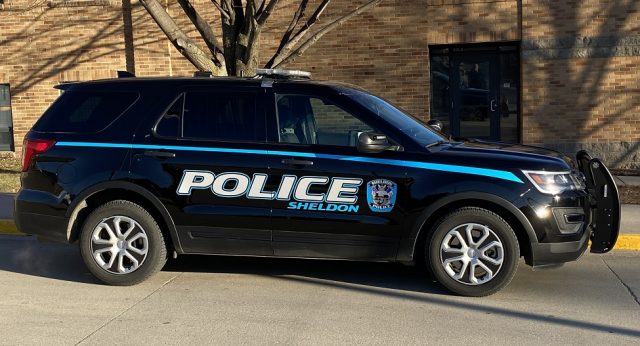 Sheldon, Iowa — Sheldon emergency crews were called to a two-vehicle crash Friday afternoon that sent two people to the hospital.

According to the report from the Sheldon Police Department, the crash occurred about 2:00 Friday afternoon at the intersection of Crossroads Drive and Park Street, which is near the Sheldon Bomgaars store.

Authorities say a 2016 Honda Pilot, driven by 79-year-old Marvella Joy Falkena of Hospers, was southbound on Crossroads Drive and stopped at the stop sign at the Park Street intersection, then pulled into the path of an eastbound 2019 Kia Sorento, driven by 33-year-old Paige Marie Graves of Paullina. Graves reportedly told officers that she had braked and steered to the right, but was unable to avoid colliding with the passenger side of the Falkena vehicle.

Falkena, as well as a 12-year-old female passenger in the Graves vehicle, were each transported to Sanford Sheldon Medical Center by SCAT.

Sheldon Police report severe damage to each vehicle, with estimates to Falkena’s Honda at $10,000 and damage to Graves’ Kia at $12,000.

Police cited Falkena for Failure to Yield from a Stop Sign in connection with the crash.

Sheldon Police were assisted at the scene by the Sheldon Fire Company, Sheldon Community Ambulance Team (SCAT) and Sheldon EMA.