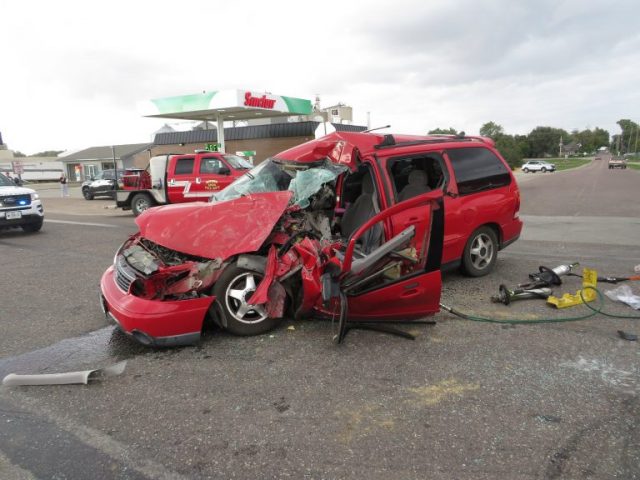 Boyden, Iowa — A Sheldon man was taken to the hospital after his minivan collided with a backhoe in Boyden shortly after 4:30 Thursday afternoon.

According to the Sioux County Sheriff’s Office, the crash occurred at the intersection of Highway 18 and Colfax Street (Kennedy Avenue), when 36-year-old Victor Casias, of Sheldon, was driving a 2001 Ford Windstar minivan westbound on Highway 18. 52-year-old Michael Doorenbos, of Boyden, was driving a 2008 New Holland B95BLR backhoe northbound on Colfax Street. Deputies say Doorenbos stopped for the stop sign at Highway 18, entered the intersection and the two collided.

Sioux County authorities say Casias was trapped inside his minivan before being freed with mechanical tools by members of the Boyden Fire Department. He was then transported by the Boyden Ambulance to Sanford Sheldon Medical Center for treatment of minor injuries. Doorenbos did not report any injuries.