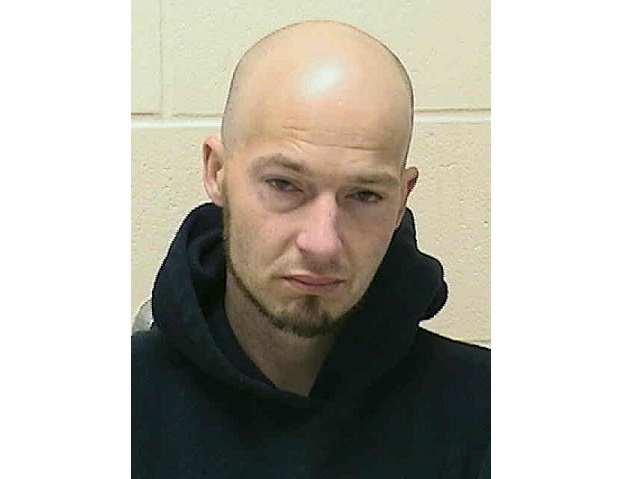 Sheldon, Iowa — A Sibley man was arrested Sunday morning on a mixture of felony and misdemeanor charges following an encounter with an O’Brien County Deputy.

According to court documents obtained by KIWA, about 8:20 Sunday morning in the 200 block of Wansink Avenue in Sheldon, an O’Brien County Deputy observed a driver that appeared to be passed out. The deputy says that, while conducting a welfare check on the driver he woke up and saw the deputy. In the court documents, the Deputy states that the driver had a very shocked look, and according to the deputy, “seemed nervous.” The court documents go on to reflect that, due to the driver’s appearance and demeanor, the deputy suspected him to be under the influence of an illegal substance.

The deputy says he patted the driver down for weapons before beginning a field sobriety test, and says he felt the round bulb of a meth pipe in the front pocket of the driver’s hoodie.

The court documents indicate that when the deputy tried to handcuff the driver, he allegedly began to fight and resist, and during the alleged fight, the driver is reported to have been able to swallow an illegal substance that the deputy says the driver pulled from the front pocket of his hoodie.

Court documents indicate that the driver was tased and eventually placed into handcuffs.

According to court documents, the driver, who authorities identify as 34-year-old Joseph Daggett, of Sibley, was charged with:  Possession of Methamphetamine, 3rd or Subsequent Offense, which is a Class D Felony; Obstructing Prosecution or Defense, an Aggravated Misdemeanor, for allegedly swallowing the baggie that he reportedly later stated contained meth; and Interference With Official Acts with Bodily Injury, a Serious Misdemeanor, for injuries the deputy sustained during the alleged fight; and Possession of Drug Paraphernalia, a Simple Misdemeanor.

According to online court records, a Preliminary Hearing in the case is set for December 2nd at 2:00 pm in O’Brien County Magistrate Court.