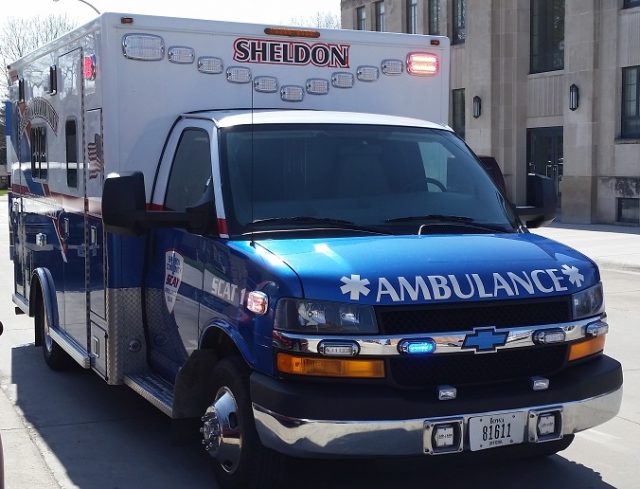 Sheldon, Iowa– Three people were taken to the hospital after an accident in Sheldon on Monday evening, January 23, 2023.

The Sheldon Police Department reports that at about 7:30 p.m., 48-year-old Timothy Linn of Sibley was driving a 2002 Jeep SUV southbound on 9th Avenue, about four-tenths of a mile east of the downtown area. They tell us that 18-year-old Reegan Fischer of Sheldon was westbound on 7th Street in a 2016 Kia sedan.

The report says that Linn entered the intersection and was struck in the driver’s door by the front end of Fischer’s car. Linn’s Jeep was pushed west from the impact and came to rest in the parking on top of a fire hydrant, breaking off the fire hydrant at ground level. Fischer’s car spun 180 degrees and came to rest facing east on 7th street. Both individuals from the Fischer car were checked by ambulance personnel and were released. Rescue personnel removed both individuals from Linn’s SUV.

Fischer was charged with failure to yield the right of way. The intersection is uncontrolled, with no stop signs or other traffic control devices.