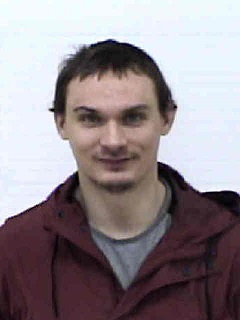 Rock Rapids, Iowa — A man who led authorities on a pursuit that entered three states will soon face a felony charge in Iowa.

The pursuit started in Canton, South Dakota traveled through Lyon County, into Rock County, Minnesota, and back into South Dakota, back in May 2022.

Once speeds got too high and the chase was approaching the Iowa line, Lincoln County deputies say they broke off the chase. Lyon County Sheriff Stewart Vander Stoep says an Iowa State Patrol trooper found the vehicle and the chase was on again. He says they chased him around on gravel roads between Lester and Larchwood and then he eventually entered Minnesota, where their officers pursued him until he again entered South Dakota. He was eventually stopped on the north edge of Sioux Falls.

Authorities tell us Whaler is charged with numerous counts in all three states, including escape, eluding, speeding, and other charges. According to the Iowa State Patrol, his Iowa charges include felony eluding and misdemeanor reckless driving. Court records say he now faces a preliminary hearing on Monday, February 6th. He was arrested and released on Tuesday.