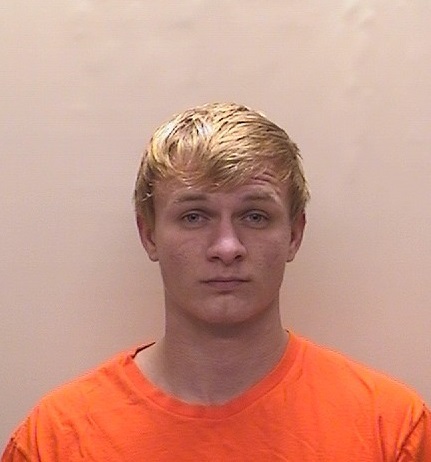 Ashton, Iowa — A Spirit Lake man has been arrested on drug and other charges after a traffic stop near Ashton.

According to a criminal complaint filed with the Osceola County Clerk of Court’s Office by the county sheriff’s office, 24-year-old Josh Titus of Spirit Lake is accused of possession of a controlled substance, third or subsequent offense. He was arrested on Saturday, November 26th.

The complaint states Titus was stopped for an equipment violation. The deputy says he could smell marijuana as he approached the vehicle. He says Titus didn’t have an ID on him and allegedly gave the deputy a different name and date of birth. Once his real name was discovered it was found that he had a no-contact order in place with the passenger.

The deputy says that a search of the vehicle allegedly turned up a dab pen with THC in it, a container for a THC vape cart, a meth pipe, and a bag containing meth.

Both Titus, and his passenger, 24-year-old Sydnee Lynn Johnson were charged with violation of a no-contact order, a simple misdemeanor. Titus was additionally charged with two counts of possession of a controlled substance – 3rd or subsequent offense, a class D felony; and two misdemeanor counts of possession of drug paraphernalia. Both were transported and booked into the Osceola County Jail.

If convicted of a class D felony, Titus could face up to five years in prison.

At last report he remained in the Osceola County Jail on a $6,000 bond. Johnson was released on a $500 unsecured appearance bond.