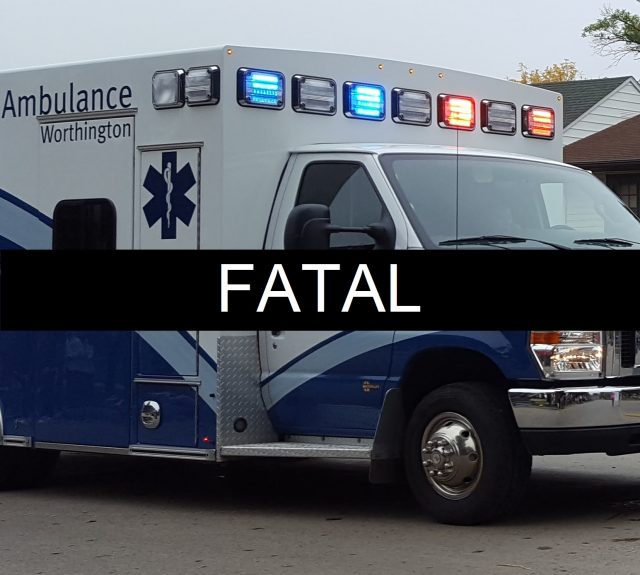 Worthington, Minnesota– One person was killed and four people were taken to a hospital after an accident near Worthington on Wednesday, May 11, 2022.

The report says that power lines had fallen over the interstate due to a storm going through. The Campos Chevrolet stopped to avoid hitting wires. The Singh Freightliner collided with the Chevrolet. The Pontiac only collided with the wires.

A passenger in the Alvaro Campos vehicle, 30-year-old Martha Lilian Llanos Rodriguez of Mexico City, Mexico died in the crash. She was pronounced dead on the scene. The Worthington Ambulance took Alvaro Campos and two other passengers, 42-year-old Bradford Barrett of Annapolis, Maryland; and 33-year-old Aldo Viscarra-Avilez to Sanford Worthington Hospital. Barrett’s injuries were described as “life-threatening.”

The Worthington Ambulance also took Gilbery (the driver of the Pontiac) to Sanford Worthington Hospital. Singh didn’t report any injuries.