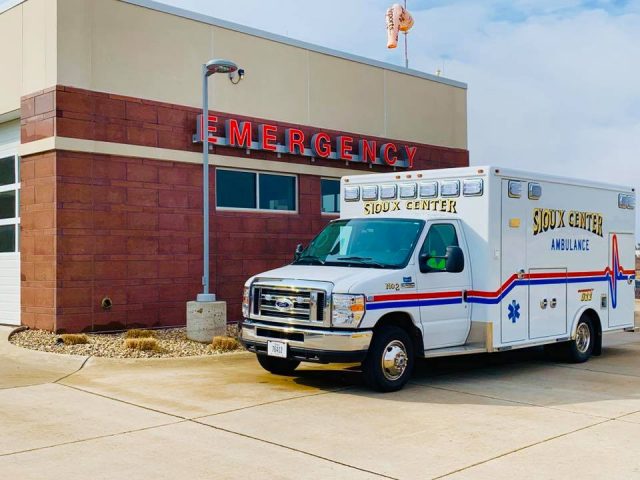 Sioux Center, Iowa — Three people were taken to the hospital after a two-vehicle crash near Sioux Center Sunday afternoon.

Shortly before 4:00 Sunday afternoon, September 26th, the Sioux County Sheriff’s Office investigated a motor vehicle accident that occurred at the intersection of Hickory Avenue and 390th Street, one mile east of Sioux Center.

According to authorities, a 2020 Ford Explorer, driven by 80-year-old Joleen Vermeer, of Sioux Center, was southbound on Hickory Avenue. Deputies say when she slowed to turn east onto 390th Street, when her SUV was struck by a 2005 GMC Sierra pickup, driven by 24-year-old Nolan Geerdes, of George. Vermeer reportedly started to turn left as Geerdes attempted to pass and the two struck. Geerdes lost control of his vehicle, entered the east ditch and rolled.

Three passengers in the GMC were transported by the Sioux Center Ambulance to Sioux Center Health for treatment of their injuries.

Deputies say two passengers in the Geerdes pickup, 28-year-old Penni Gengler, and 45-year-old Frederick Buckalew, both of George, were each cited for having an open container of alcohol in a motor vehicle. Nolan Geerdes was cited for passing in an intersection.

The accident remains under investigation.

Previous ArticleDestructive Bug Finds Its Way To Kansas, Iowa Farmers Are Warned To Be WatchfulNext ArticleTable