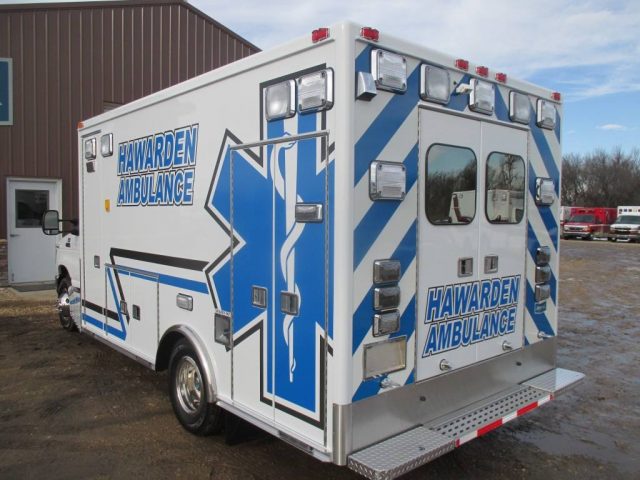 The South Dakota Highway Patrol reports that at about 8:00 a.m., a 16-year-old boy was driving a 2004 Ford F150 pickup near River Road and 304th Street, about two miles southwest of Hawarden. They tell us that a 61-year-old man was driving a 2003 Chevy Silverado pickup.

The report says that the teen driver of the 2004 Ford F-150 pickup lost control going around a curve and collided head-on with the 2003 Chevrolet Silverado pickup.

Both drivers sustained serious non-life threatening injuries. The Hawarden Ambulance took both drivers to Hawarden Regional Health Hospital. The driver of the Silverado was later airlifted to a Sioux Falls hospital.

The South Dakota Highway Patrol tells us charges are pending against both drivers. They say the Patrol is in charge of the investigation and that the information is preliminary at this time.

The State of South Dakota only releases the names of accident victims four days after the accident, and even then only if they or their families approve.