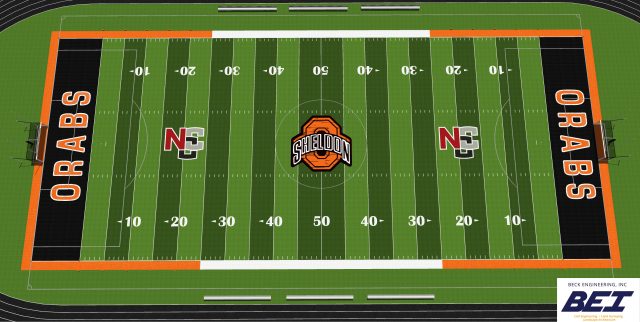 Sheldon, Iowa — The majority of Wednesday’s Sheldon City Council meeting was devoted to  discussing the Turf Upgrade Project, which is a partnership between the Sheldon Community Schools, Northwest Iowa Community College and the City of Sheldon.

Sheldon Community Schools superintendent Cory Myer gave the Council an update on the project, and says a digital scoreboard component has been added to the project. Myer told the council that the fundraising effort is going very well, with only about $100,000 left to be raised for the $1.4 million dollar project.

The City has been asked to contribute $150,000 toward their part of the project partnership, and at-large councilman Tom Eggers said he is in favor of supporting it.

Third Ward councilman Brad Hindt says he supports the idea, but wants to know where the money for a City pledge is going to come from.

After much discussion, the Council passed a motion to consider the donation during their Budget Workshops, which will be held next month.