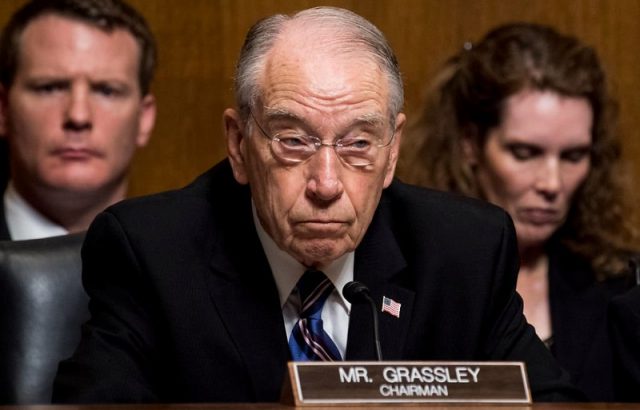 Washington, D.C. — As gas prices and inflation bound into record territory, Republican Senator Chuck Grassley is co-sponsoring a bill he says will provide relief and protections for our savings accounts. Grassley says the Middle-Class Savings and Investment Act would help lower-and middle-income Americans save as inflation outpaces any interest they might earn through targeted tax relief.

Grassley says many people are watching their savings erode while facing taxes on gains that may not be keeping pace with inflation. That creates what he calls “a perverse incentive to spend now” instead of saving, which further fuels inflation.

Grassley says the legislation will ensure that those who are hurting the most from inflation aren’t further burdened by taxes.

Grassley says key elements of the bill include: Excluding a reasonable amount of interest income from being subject to tax ($600 for married couples, $300 for individuals; more than doubling the size of the zero percent (lowest) tax bracket for long-term capital gains and qualified dividends; eliminating the marriage penalty which subjects some income to an additional 3.8 percent tax, and indexing its income threshold to inflation; increasing the maximum “savers credit” anyone can get for contributing to qualified retirement accounts and expanding the availability of that credit to more taxpayers.