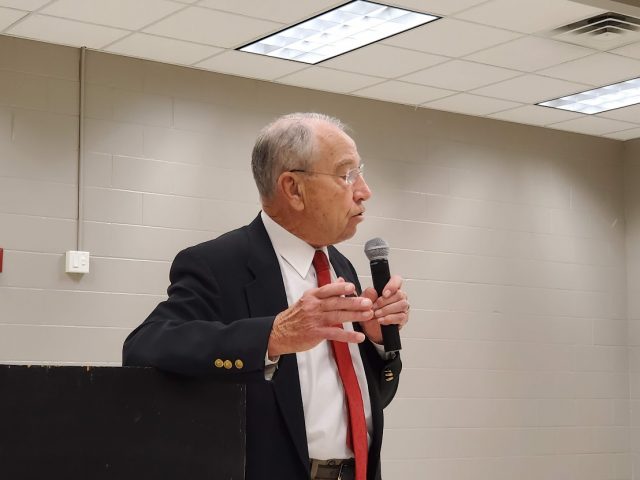 Kimberley Strope-Boggus was fired from Franken’s campaign in February. She says Franken kissed her without her permission in March after offering her a new campaign job. Strope-Boggus filed a police report about a month later. Prosecutors declined to file charges. During an interview with The Gazette in Cedar Rapids, Franken denied the allegations in the report and accused Republicans of targeting him because he’s in a critical US Senate race.

Grassley made his comments the morning of September 20th, during a weekly interview with Iowa radio reporters. Four hours later, a spokeswoman for Grassley’s campaign said the senator would focus on issues like the economy and inflation — but at the same time, until there is full transparency about the alleged incident, it will continue to be an issue in the campaign.