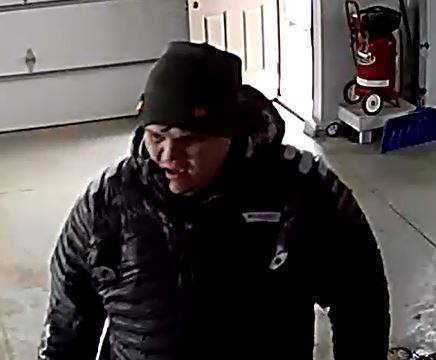 Larchwood, Iowa — Lyon County authorities are seeking the public’s help in identifying an individual showing up on security footage at the location of a rural Larchwood residential burglary.

Lyon County deputies say they responded to a residential burglary that occurred in the 1400 mile of 130th Street west of Larchwood. Authorities say the suspect may be driving a black vehicle.

According to authorities, the suspect was captured on surveillance video during the crime. The video, as well as some still photos from the video, can be viewed below.

The Lyon County Sheriff’s Office is asking anyone with information to contact their office at 712-472-8300.

Still photos from the surveillance footage may be viewed below…..