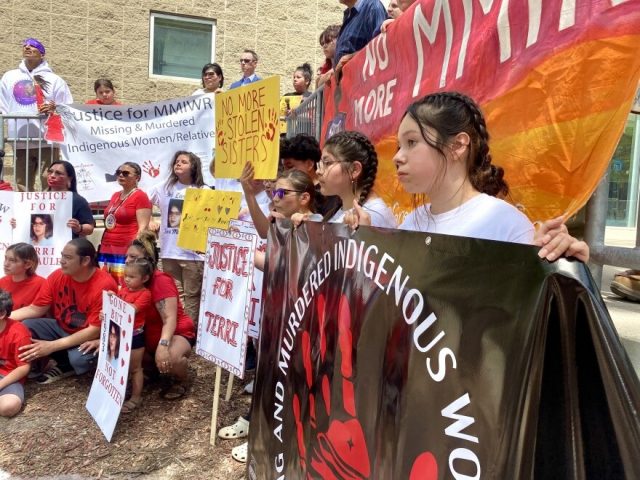 As they walked, many held signs in remembrance of Terri McCauley, who was found murdered in Sioux City in 1983. Her brother, Mike McCauley, says not enough was done to solve her murder.

Terri McCauley was 18 years old when she was shot to death. Josh Taylor is McCauley’s nephew. He wants to build more trust between Native Americans and law enforcement.