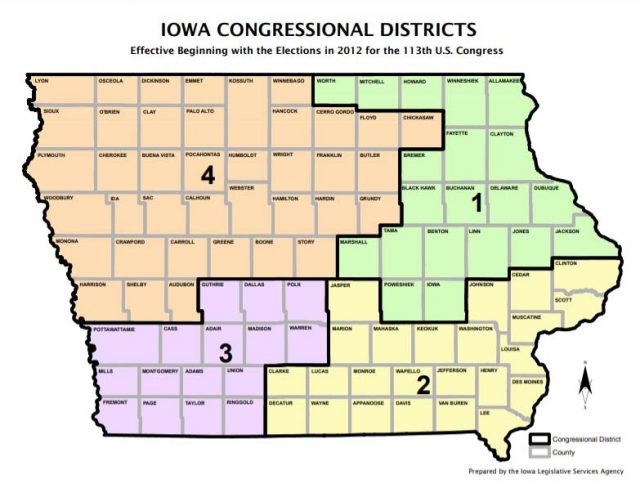 The Legislative Services Agency will release the maps with redrawn district boundaries this Thursday. The Temporary Redistricting Commission has scheduled three public hearings next week, to give Iowans a chance to comment on the new maps, then the commission has to submit a report to lawmakers before the legislature convenes in three weeks.

Under Iowa law, members of the House and Senate must vote yes or no on this set of maps. No amendments are allowed to make changes. If the legislature rejects the first set of maps, the Legislative Services Agency must draw up a new set. If the second set is rejected, there’s a third round, when lawmakers are able to propose their own changes to district lines.

The reapportionment process — which happens every 10 years — is usually completed in the spring, but the Census Bureau didn’t give states the population data for redrawing district lines until August.