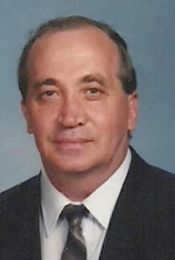 Family graveside service will be on Saturday, October 8, 2022, at the Holman Township Cemetery in Sibley, with Reverend Dan Kunnari officiating.

The Jurrens Funeral Home is in charge of the arrangements for 86-year-old Duane Meinen of Sibley.

Duane Bernard Meinen was born on July 16, 1936, in Ashton, Iowa, he was the son of Louis and Marie (Ney) Meinen. He graduated from St. Joseph High School in Ashton in 1954. Duane was united in marriage to Sharon Eakin at Sheldon, Iowa on October 9, 1958. Before moving to Sibley, they resided in Fairfield for 50 years and attended the First Baptist Church.

Duane worked for 44 years as a land surveyor with the Iowa Department of Transportation at Sheldon, Marengo, Council Bluffs and Fairfield . . . In the 1960s to 1972 Duane was one of the land surveyors responsible for building the Iowa interstate highway system and was named to the Iowa DOT District 5 Hall of Fame. He studied at night and on weekends while working full time to graduate from the Institute For The Certification Of Engineering Technicians in 1970. In 1972 Duane was named the District 5 land surveyor located at Fairfield for the Iowa Department of Transportation — was responsible for the supervision of employees in 22 counties in southeast Iowa. As an instructor for an advanced land surveying course for the Iowa DOT in consortium with Iowa State University, Duane wrote the curriculum for the complete course of study for future use by the program. Besides being a district land surveyor for the Iowa DOT, Duane did surveys in his spare time after work and on weekends.

Duane enjoyed sports and played basketball in high school and was a catcher on his American Legion baseball team (he once scored a game-winning RBI by hitting a double in the last inning against future longtime major league baseball pitcher Bob Locker in 1955).  Duane also played softball and was on the bowling team for the Iowa Highway Commission (now DOT) in Council Bluffs.

He was preceded in death by his daughter, Kim, parents, and brothers Daniel, Richard, and Ronald.