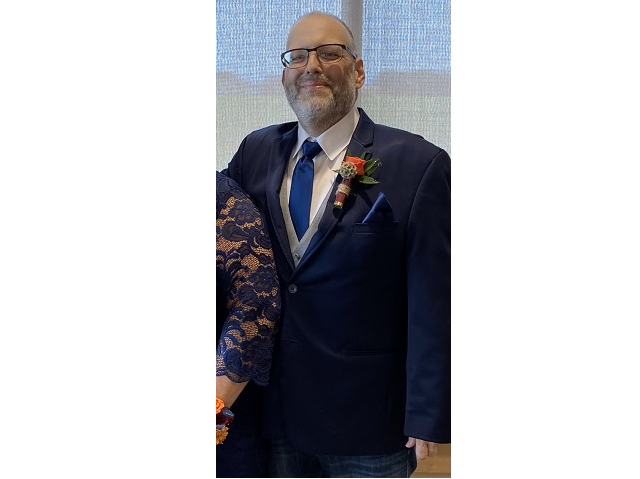 Richard Noack, age 49 of Sheldon died on Tuesday, November 9th after a battle with cancer.

A memorial service will be held 11 a.m. Friday, Dec. 3, at St. Paul Lutheran Church in Sheldon, with the Rev. Dan Baker officiating. Burial will be at a later date in Prairie View Cemetery in Paullina.

Visitation with family present will be 6-8 p.m. Thursday, Dec. 2, at the church.

He was born to Dennis Noack and Arlene (Rensink) Noack on June 7, 1972. Confirmed from St. Paul Lutheran Church of Sheldon and graduating in 1991 from Sheldon High School, Richard obtained his house and farm electrical license from NITC in 1993. After graduating he acquired a position as a tender for H&S Masonry of Sheldon for 20 years. Richard met his wife, Melissa, and son, Trevor, at St. Paul Lutheran Church where they became united in marriage and became a family on Feb. 23, 2013. Shortly after, Richard started a new job with Maintainer Corporation and gained many loyal friends.

Richard loved spending time in the garden, fishing and hunting and he was also an instructor for youth hunter safety courses for 29 years. Most nights you could find him at a bowling alley while maintaining his high averages. He was a big-time hockey fan, especially of the Minnesota Wild.

Those left to cherish his memory are his wife, Melissa (Fiddelke) Noack and his son, Trevor Fiddelke; father-in-law, Wallace Fiddelke; his parents, Dennis and Arlene Noack; and a host of other relatives and cousins.