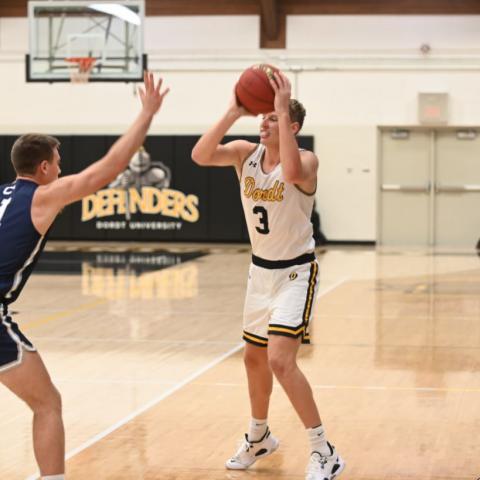 The Briar Cliff men are 4-4 this season and have won three of their last five. The Chargers are 2-0 in GPAC games with wins over Concordia and Mount Marty.

Briar Cliff is averaging 75 points per game and allow 74.4 in spite of getting outrebounded 33-26.9. The Chargers convert 36 percent of its three-point shots and 49.1 percent of their total field goal tries.

Dordt 6-3 and is looking to snap a two game losing streak after falling to Morningside and Concordia in back to back home games. Dordt’s averaging 86.6 points per game and allow 72.9 and the Defenders are outrebounding teams 39.4-33.7. Dordt makes 51.6 percent of its field goals and allow 42 percent success.