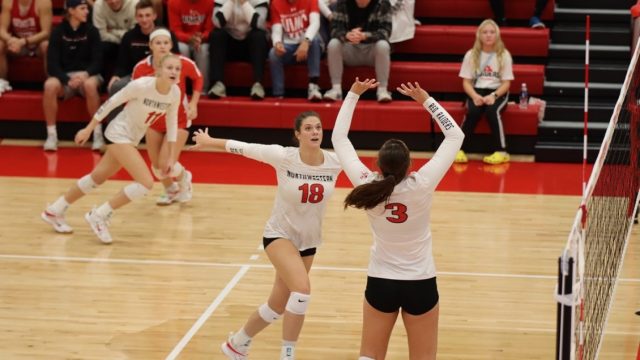 The Raiders got off to a fast start in the match, taking the first and second sets of the night putting the eleventh-ranked Flames on their heels. The match proved to be a tale of two major momentum swings. Northwestern controlled all aspects of the first two sets, winning set one 25-22 and set two 25-20.

The third set proved to be the tipping point of the match as the Flames were able to squeak out a 25-23 victory and take the momentum. The Raiders would battle in the fourth and fifth sets but the College of Saint Mary attack found its groove and was able to put away the match in the fifth set, 15-11.

The Raiders are back inside the Bultman Center tomorrow afternoon when they play host to the Lancers of Mount Marty University (7-14, 1-10 GPAC) for a 3:00 p.m. varsity first serve.