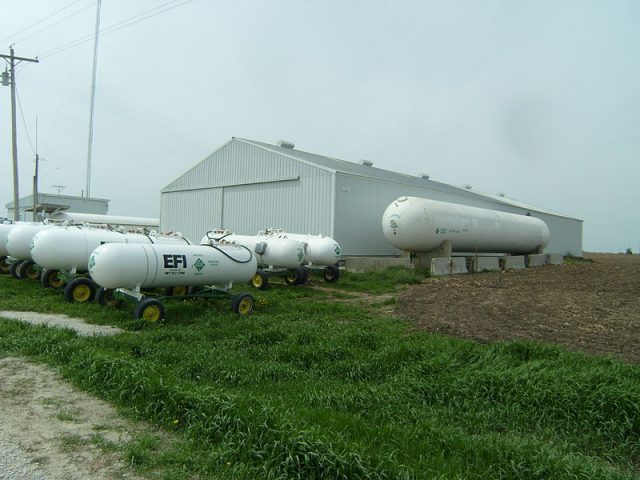 IARN — Corn growers are raising concerns that pending tariffs on nitrogen fertilizers will create shortages and cause more price increases for farmers.

A recent study from Texas A&M University shows the price of one type of nitrogen fertilizer, anhydrous ammonia, increased by $688 per ton from the end of 2020 through the end of October 2021.

National Corn Growers Association President Chris Edgington, a farmer from Iowa, says the study has farmers concerned about a petition by CF Industries – one of the country’s major nitrogen producers – with U.S. International Trade Commission to impose tariffs on nitrogen fertilizers imported from Trinidad & Tobago and Russia. The U.S. Department of Commerce has since released a preliminary finding recommending tariffs, despite strong outcry from farm groups.

“This will create even greater scarcity in the market, causing fertilizer prices to rise even more,” Edgington said in an NCGA Zoom call on Wednesday. “We call on CF Industries to rescind its petition.”

Edgington says the study verifies that nitrogen prices erode profitability for family farms. Dr. Joe Outlaw of the Texas A&M Department of Agriculture and Economics says the study was commissioned by state corn organizations in 21 states including Iowa.

“There will be some people that might say that higher prices drive producers to use more fertilizer,” said Outlaw. “Frankly, my answer to that as an economist is the price of fertilizer is such that they aren’t going to be using it as a recreational type thing. This is something where inputs are being closely monitored across the board across all inputs.”

Edgington believes the proposed tariffs will add insult to injury and impose a financial hardship for family farmers.

“These findings should raise concerns about these pending tariffs,” said Edgington. “If tariffs create a supply shortage, it will drive up the costs even more. Our request is simple. We are just asking that these companies keep us out of their trade disputes, and that they do everything possible to keep their products available and affordable for family farms.”

Outlaw noted that as part of the study, Texas A&M conducted a historical analysis going back to 1980 and found that fertilizer costs tend to go up when corn revenues increase.