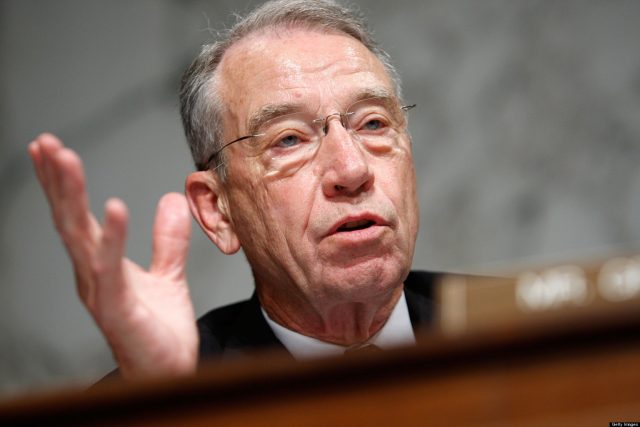 IARN — Iowa Senator Chuck Grassley is working with a bipartisan group of colleagues to bring sales of E15 fuel back to a year-round status.

Grassley – along with Nebraska Senator Deb Fischer and Minnesota Senator Amy Klobuchar – recently reintroduced the Consumer and Fuel Retailer Choice Act. Grassley says the bill is in response to a D.C. Circuit Court of Appeals ruling earlier this month that struck down a 2019 EPA rule which allowed E15 to be sold year-round.

“Before this year, you couldn’t market (E15) during June, July, August and until September 15th,” said Grassley. “Consumers only had choice nine months out of the year to use E15. We finally got that changed which made it easier for the consumer and it also made us use more ethanol. We thought we had things going on a major win for ethanol. And then we find out this court says the law did not allow EPA to do that.”

Grassley says his bill would extend the Reid vapor pressure (RVP) volatility waiver to ethanol blends above 10 percent. It would also increase market access and continue to allow retailers across the country to sell E-15 and other higher-ethanol fuel blends year-round, eliminating confusion at the pump.

“Now we’re back to where we’ve been,” said Grassley. “We have to pass legislation. Fischer and I have put in legislation on that subject to allow E15 year-round. It’s particularly stupid for the court to rule that way because if you are worried about global warming, then using more ethanol instead of less ethanol is one way to fight global warming.”