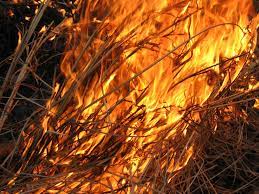 On Friday afternoon, the Sibley firefighters were called out to 1371 Oak Hill Ave for a truck on fire, about 4:10 p.m. That’s about two miles west of Sibley and three and a quarter north. Fire Chief Ken Huls tells us it was an older pickup on fire in the middle of the farm yard. He says when firefighters arrived, the pickup was mostly destroyed. He says they put it out with water and foam. Huls says they’re not sure about the exact cause, but he thinks it was fuel-related. The 1980s era Chevy S10 was totaled in the blaze. Firefighters were on the scene for about a half an hour.
—————————
Then on Saturday evening there was another call for a truck on fire. This time it was a feed mixer truck near Maurice. Maurice Fire Chief Jeff Vander Weide tells us it was at 4763 Hickory Avenue, which is about two miles east and a half a mile south of Maurice. The call went out about 6:00 p.m. He says when they got there, they found the cab and engine compartment of the truck fully engulfed. He says they used firefighting foam to extinguish the fire, which was thought to be related to fuel, as the operator said when they got out they could smell diesel fuel. Vander Weide says it may have been a fuel leak that sprayed onto the engine. The truck was totaled in the blaze and firefighters were on the scene for 15-20 minutes.
—————————–
Then on Sunday afternoon, the Granville firefighters were paged to a cornfield on fire at 4471 470th Street, which is about a mile south and a mile and a quarter west of Granville. The page went out about 2:30 p.m. Fire Chief Karl Kellen tells us that the field had been combined, so only the corn stubble burned. He says they got it put out with water from their trucks, but by the time they were about done, farmers started showing up with disks, and they helped make sure the fire was out and any fire would not spread. Kellen tells us that someone had been burning trash in the morning and the wind must have picked up enough in the afternoon to rekindle the fire and sparks blew into the field. He says 10 to 15 acres of stubble burned but they were able to stop the fire before it jumped the road into standing corn. Kellen tells us they asked for the help of the Hospers firefighters with their pump and roll pumper to get ahead of the fire. He says firefighters were on the scene for about an hour.
—————————–
A little bit later on Sunday afternoon, the Hartley Fire Department was called out to a similar call, about 4:30 p.m.. Fire Chief Brad Meendering tells us the fire was at 2921 Vine Avenue, which is about two and three-quarter miles north of Hartley’s west side. Meendering says corn stubble was on fire, and they believe it too had been started by the re-kindling of a trash pile. The only difference is the people had last burned trash a few days before the fire. Meendering says about an acre of stubble burned. He says they extinguished the fire and were on the way back to town in about 20 minutes.