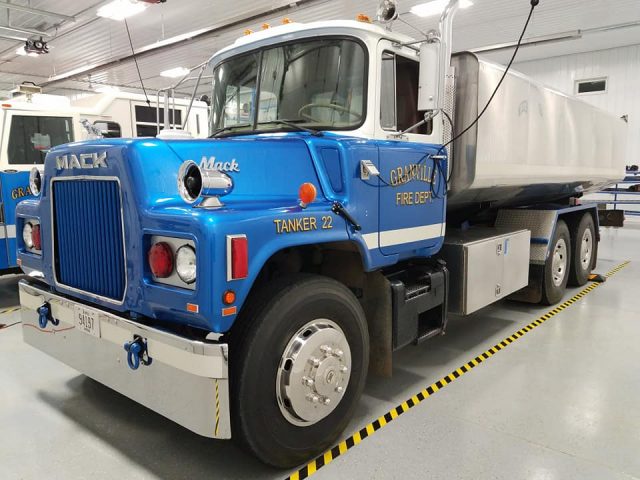 Granville, Iowa — Some hay was destroyed and a trailer was damaged in a fire on Monday, January 24, 2022, near Granville.

According to Granville Fire Chief Karl Kellen, about 10:10 a.m., the Granville Fire Department was called to the report of a trailer and hay bales on fire at 4718 450th Street, a half a mile east and a mile north of Granville.

The chief says the fire department saw a few large square hay bales on fire as they approached the scene. He says they broke apart the bales with tools and sprayed them with water to extinguish the blaze.

Kellen says no injuries were reported.

He says the owner had parked the trailer there the night before, and they suspect there may have been an electircal issue on the trailer that started the fire. He says they surmise that it smoldered all night. The wind picked up in the morning and started the bales and the wooden floor on fire.

Chief Kellen reports that the hay was destroyed in the blaze, but the trailer is fixable, however, it would would need a new floor and new wiring.