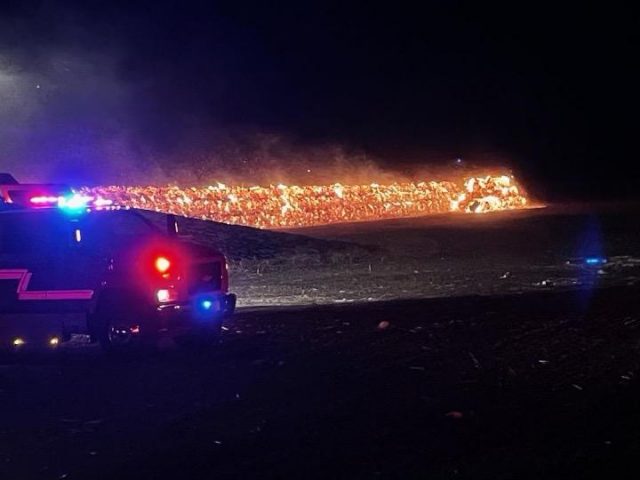 Sioux Center, Iowa — Over 1000 bales were destroyed in a fire that started on Friday, February 18, 2022, near Sioux Center and flared up on two consecutive days.

According to Sioux Center Fire Chief David Van Holland, about 6:30 p.m. on Friday, the Sioux Center Fire Department was called to the report of a cornstalk pile on fire at 4045 Grant Avenue — basically a half a mile due west of Walmart.

The chief says it is believed the initial fire in the covered cornstalk pile was caused by spontaneous combustion — that’s when fermentation turns into thermal runaway and self-ignition. That happened Friday night. The fire also ignited some hay bales. Firefighters were able to get that fire under control. Van Holland tells us some firefighters stayed there almost all night long in case it flared up again. The chief says they returned to the station in the wee hours.

And then, about 4:00 a.m. on Saturday, it flared up again. He says the bales were all hauled out to the field. They thought they had it taken care of, but the field then started to burn on Saturday afternoon. Saturday night, the original corn stalk pile started on fire again. Van Holland tells us they went out with the aerial truck and firefighters from eight towns helped them out, and he says they put 100,000 gallons of water on it.

But, on Sunday morning, it was burning again. Firefighters again extinguished the blaze, and were done about 3 p.m.

Van Holland says no injuries were reported. He says the wind made the job difficult. 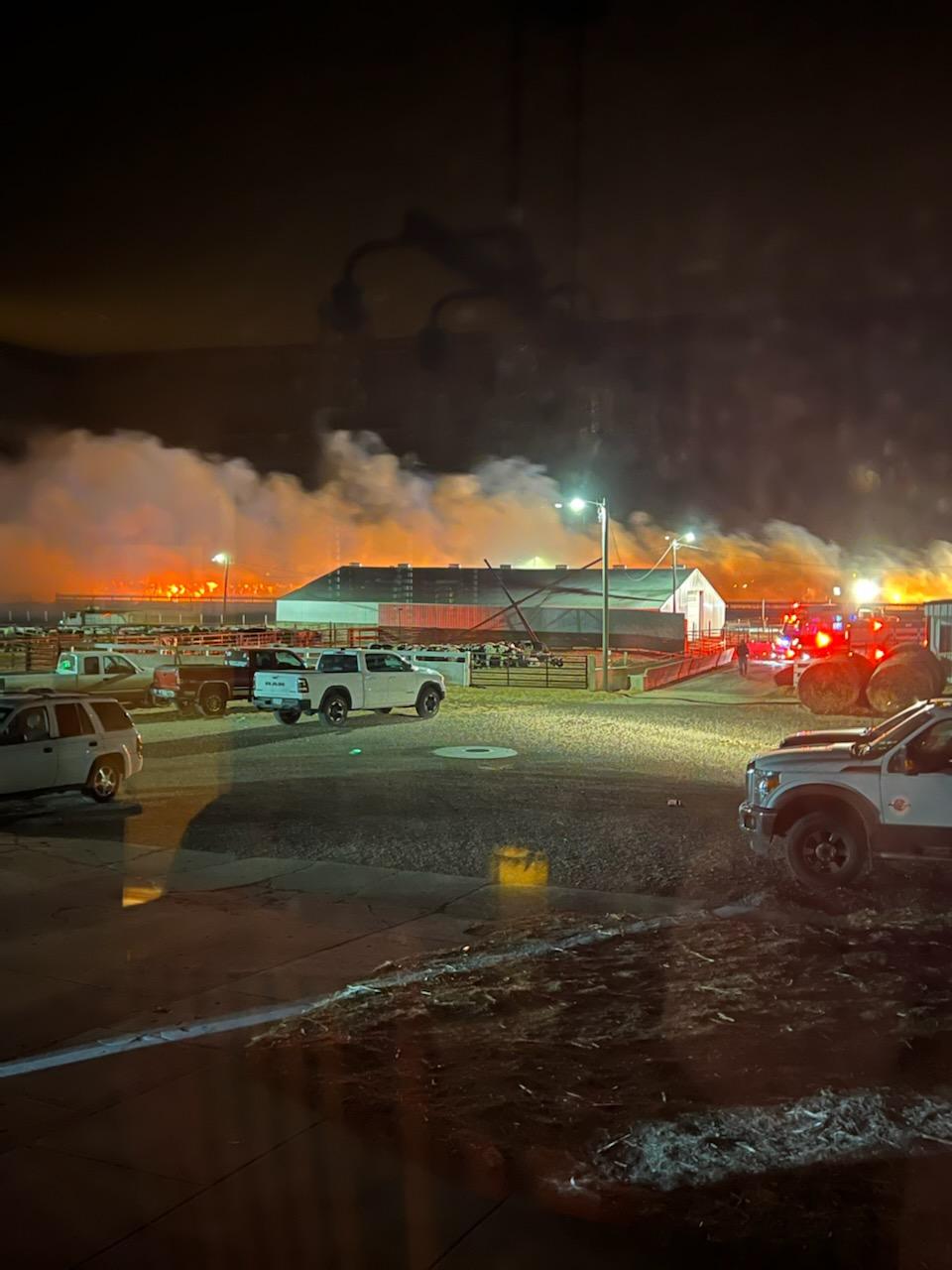 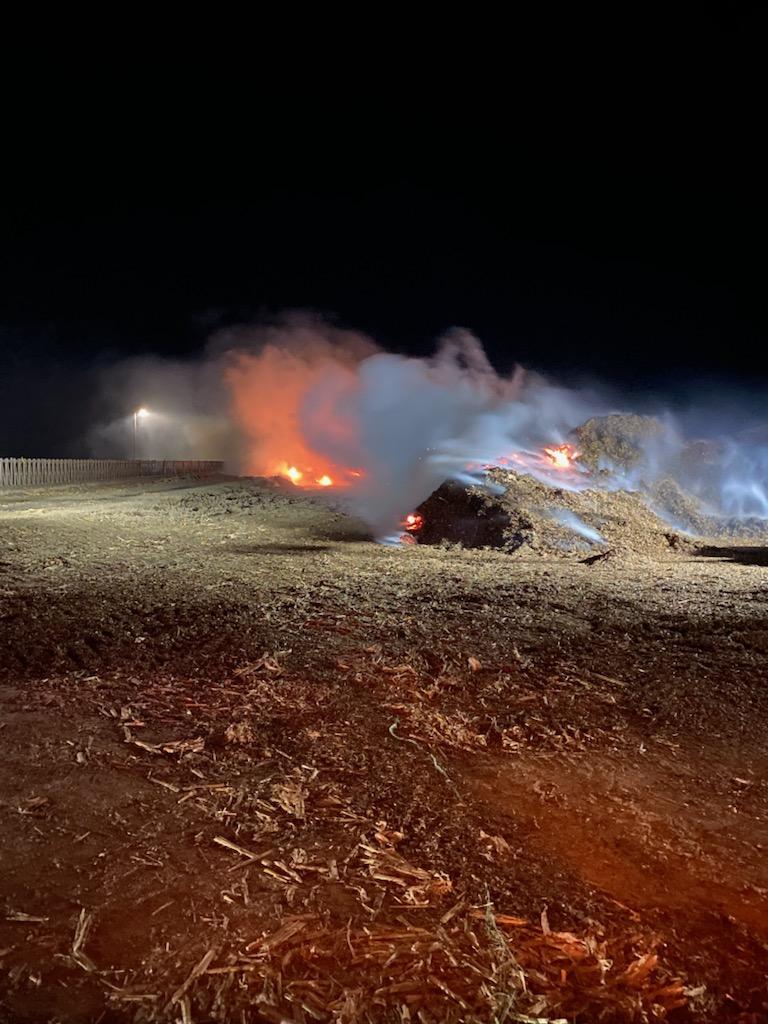