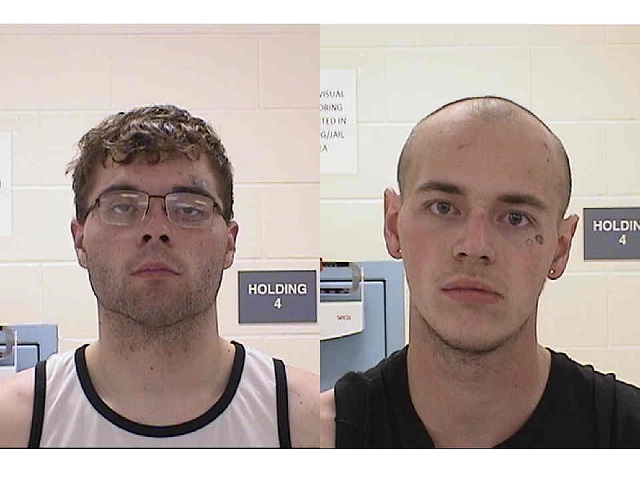 Sheldon, Iowa — What began as a traffic stop Monday evening in Sheldon led to a scuffle with an O’Brien County Deputy, a foot pursuit, and two young Sheldon men going to jail.

According to documents obtained by KIWA, the incident began shortly before 9:15 Monday evening at the intersection of West 7th Street and Western Avenue in Sheldon, when an O’Brien County Deputy pulled over a 2004 Chevrolet Avalanche for a traffic infraction. During the interaction, the truck’s driver, 19-year-old Kyran Lee Schuknecht of Sheldon is alleged to have gotten into a scuffle with the deputy, then fled the scene on foot, with the deputy in pursuit. The chase lasted less than a minute before Schuknecht was taken into custody at taser point.

Documents indicate that Schuknecht was placed under arrest on an outstanding warrant, as well as new charges of  Possession of a Controlled Substance, Possession of Drug Paraphernalia, Carrying a Weapon and Interference With Official Acts with Bodily Injury.

A passenger in the vehicle, 19-year-old Christopher Dale Engelkes of Sheldon, was also arrested and charged with Possession of a Controlled Substance, Possession of Drug Paraphernalia, Possession of Alcohol Under the Legal Age, and having an Open Container, according to documents from the O’Brien County Sheriff’s Office.

Both individuals were taken to the O’Brien County Jail in Primghar.