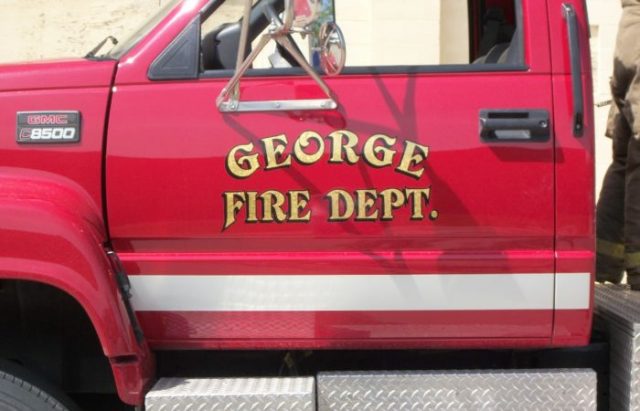 According to George Fire Chief Bill Sprock, about 3:00 p.m., the George Fire Department was called to the report of a barn fire at 2038 Kennedy Avenue, at the north city limits of George.

The chief says the fire department saw the barn on fire as they approached the scene, and got to work extinguishing the fire.

Sprock says no injuries were reported.

The fire department received assistance from the Little Rock Fire Department, in the form of a tanker of water.

He says the owners had been trying to clean up the acreage and had been using a burn pit. The chief says they believe the cause of the fire was sparks from the burn pit.

Chief Sprock reports that there was some damage to the barn and some old hay inside, but the barn actually had been scheduled to be demolished soon anyway, so the loss was small.

He says the firefighters who responded were on the scene for an hour and a half.