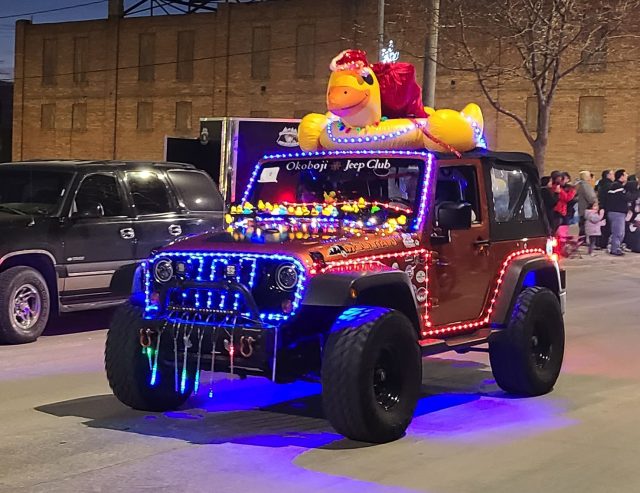 Temperatures in the lower 40’s when the parade began at 5:30 pm made for a beautiful evening for the event.

Twenty-seven entries were decked out with Christmas lights, many with music as well. Ron Drenkow Motors, northwest Iowa’s Jeep dealer, along with KIWA Radio, sponsored the Jeep Parade that was part of the Christmas Parade of Lights, with one of the eight jeeps entered winning the Jeep Parade Grand Prize. This year’s winner was entry number 6, owned by Brent and Dawn Prescott. They can pick up their prize Monday at the KIWA Studios. Congratulations to the Prescotts’ and their Jeep.