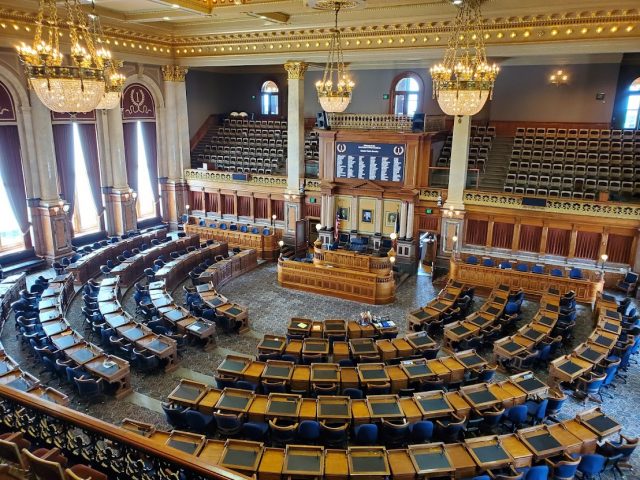 
She says there’s no estimate yet on the cost. Meyer, who is from Fort Dodge, says the issue came up in conversations with law enforcement and with constituents as she campaigned.

One initiative would have the state spend one-point-two MILLION dollars to support a dozen psychiatrists-in-training from the University of Iowa who’ll be working at the two Mental Health Institutes and at the Iowa prison system’s intake center in Oakdale.

Meyer says there are not enough spaces in substance abuse treatment programs for people who’re self-medicating to deal with their mental health issues and some hospitals are not accepting suicidal patients.

Meyer says she met one young woman who was desperate to find help for her homeless brother who was suffering from PTSD — and Meyer saw the man on the street a few minutes later.

House Republicans are also proposing a loan repayment program for psychiatrists, nurse practitioners, and therapists who can prescribe medication. The plan would require the medical professional to agree to practice in Iowa for five years, which Meyer says will hopefully mean they’ve put down roots and will stay in Iowa.