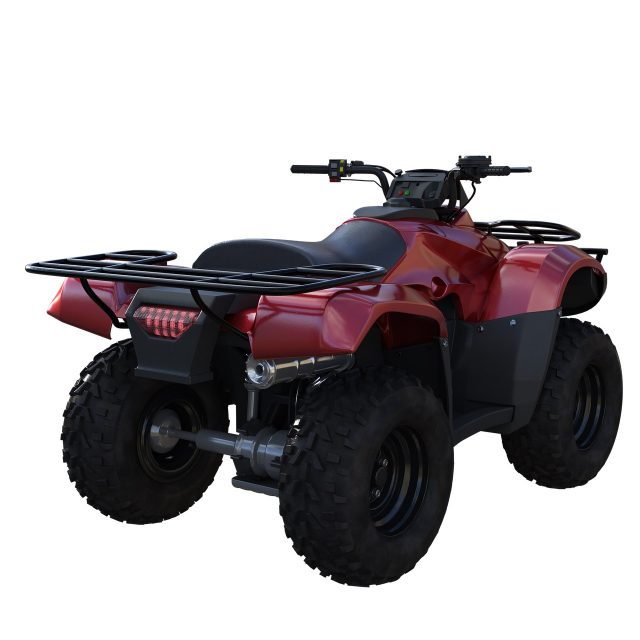 Statewide Iowa — The laws are changing for all-terrain vehicle (ATV) and utility terrain vehicle (UTV) riders in Iowa, and most riders would consider it a positive change.

According to the Sioux County Sheriff’s Office, effective July 1, users will now be able to ride in any of Iowa’s 99 counties, with a few restrictions.

Captain Jamie Van Voorst tells us that an ATV is a vehicle that can be straddled by a single rider, while a UTV is designed with a cabin for multiple riders.

He says the law change was largely the result of a 2020 survey completed by avid ATV and UTV users asking them which Iowa laws they wanted to see changed to support riding these vehicles. After more than 4,600 people responded to the survey, the State narrowed the suggestions down to two main points: riders wanted to be able to operate their vehicles on more county and state roadways and they wanted the opportunity to ride in all 99 Iowa counties.

The law change will still come with restrictions:

There also remain several restrictions on which roads ATV and UTV users will be able to travel on: 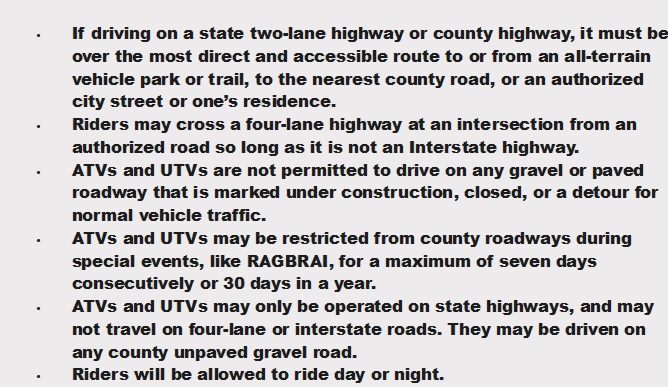 Van Voorst says all Iowa cities may regulate ATV and UTV traffic within their city limits, including primary and secondary road extensions, but cities may not charge a fee to ATV and UTV owners for use of their streets. These new laws will also override any county ordinances currently in place.

There are 815 registered ATVs and 833 registered UTV/ORVs in Sioux County, according to Van Voorst.

Prior to the new law, riders in Sioux County paid $18.75 for the Iowa DNR sticker and $25 for a county sticker; with the new law there will likely be no fees, but Van Voorst says they are waiting for confirmation from the Iowa DNR on that.