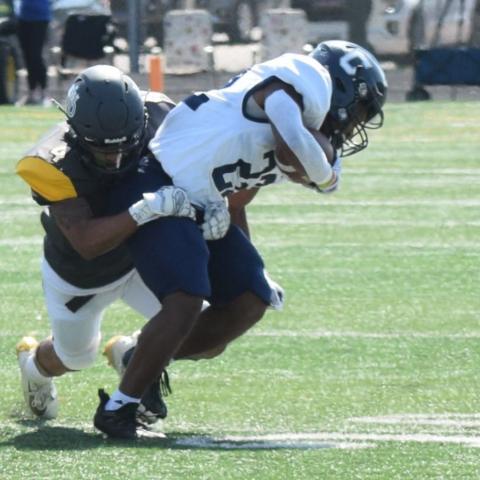 Blade Koons has punted ten times this year for a 41.6 yards per punt average and Brett Zachman is 4-6 kicking field goals with a long of 41 and he is 12-13 on point after tries. Nathan Kabongo has six punt returns for a 17.7 average and Jungling has two kick returns with a 34.5 yards per return average.