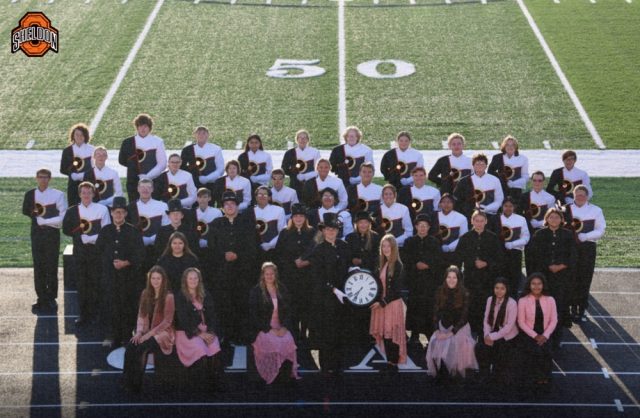 Vermillion, SD — The Sheldon High School Marching Orabs did well in a marching band contest over the weekend.

According to Sheldon High School Band Director Cliff St. Clair, the Orab band placed first in A Class and received all caption awards: Best Music, Best Visual, Best Effect, Best Percussion, and Best Color Guard. He says they scored 80.6, which would have placed the band fourth among all the A Class bands.

The band was participating in the US Bands Quad States Regional Championships at the Dakota Dome on the campus of the University of South Dakota in Vermillion.

Two other area bands took part, both in the open class division, Group IV. The Sibley Ocheydan Marching Generals took first place in that group with a score of 83.7. They also took Best Color Guard, Best Visual, Best Music, and Best Effect in that group.

Sioux Center was in that same group and took third with 77.2.