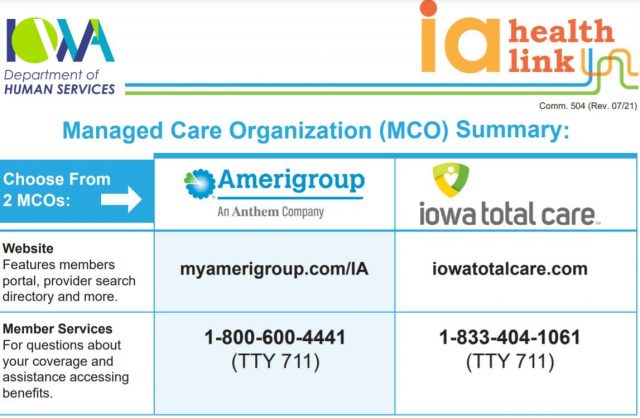 Des Moines, Iowa — A report from the state auditor’s office has found that after private “managed care organizations” took over the state’s Medicaid system, the number of Iowans improperly denied medical care and services dramatically increased.

State Auditor Rob Sand says this is the fourth Medicaid-related audit his office has released.

The state turned over management of Medicaid patients’ care to private companies in 2016. Auditors reviewed Medicaid files from 2013 through 2019.

State officials in charge of the Medicaid program say Sand’s report is flawed because it fails to account for changes made in the appeals process once private companies were in charge of approving or denying care. Governor Kim Reynolds says administrators of the program tell her the auditor has a fundamental misunderstanding of how the appeals process works.

More than 780-thousand Iowans are currently getting medical care or other services through Medicaid. Sand’s report found the two private companies managing the program violated contract provisions, for example, failing to pay for in-home services like wound care and help bathing if the Medicaid recipient was switching from managed care organization to the other.