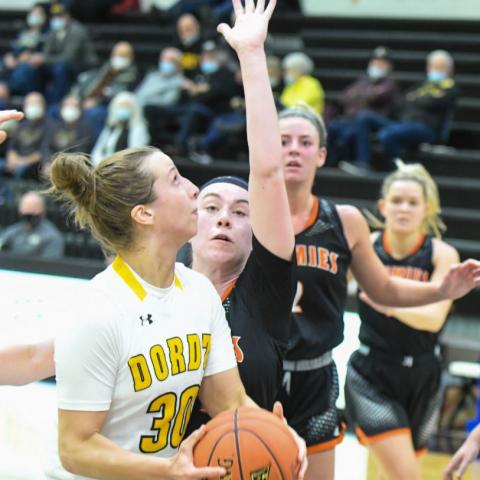 Last season’s Presentation team posted a 2-24 record and finished league play in the North Star Athletic Association with a 1-13 record. The wins last season for Presentation came over Oak Hills Christian and Waldorf.

Expect to see several newcomers play significant minutes for the Defenders this season.

Dordt averaged 71.3 points per game while giving up 64.5 and the Defenders had a 45-35.2 rebounds per game advantage.

Bill Harmsen is back to coach his fourth season and has a career collegiate coaching record of 59-31.

Dordt will travel to Grand View on Thursday, October 28 in its next contest.