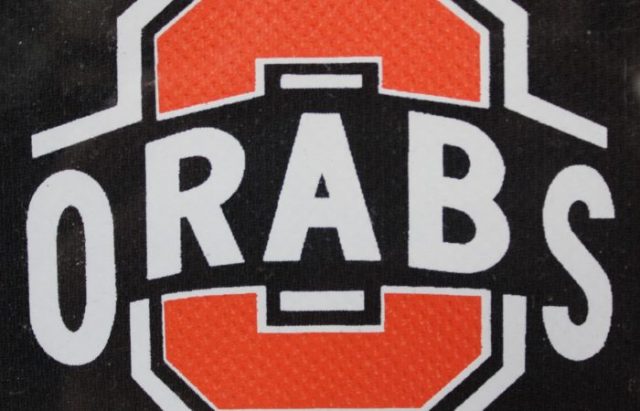 Orange City, Iowa — The Orabs go on the road and split a Siouxland conference doubleheader with MOC-FV in Orange City. The girls won the opener 60-51 and the boys fell 54-49.

The game started slowly for both teams, but the Orabs would pull ahead by two to end the first quarter 6-4. The Orabs would pull ahead by 9 early in the quarter before the Dutch rallied back to take a small lead late in the quarter but the Orabs Reese Strouth would hit a three pointer at the buzzer to end the first half and give Sheldon the lead 25 – 22. The third quarter belonged to the Orabs, and they would push their lead to 44-34. The Dutch battled back and cut into the lead but Sheldon would hit key free throws down the stretch going 10-12 from the line in the quarter. Sheldon would hold on for the 60-51 win.

The Orabs had three players in double figures with 16 a piece from Claire Johnson and Maliah Kleinhesselink, and 11 points from Payten Lode. The Dutch were led by Carlin Smith with 10 points. The Orabs improved to 8-6 overall and 5-5 in the conference while MOC-FV fell to 4-9 overall and 4-7 in Siouxland action.

Sheldon led most of the way in the boys contest behind some great shooting in the first half. The Orabs led 16-10 after one and would push that lead to 28-14 draining six three pointers, 3 apiece from Blake Radke and Anthony Provost. The Orabs kept that momentum going most of the third quarter, but MOC-FV started to make a little run to end the third and would cut the Orabs lead to 35-28 to end the frame. The Dutch continued to battle and would take their first lead of the contest late in the fourth quarter and would hold on to win 54-49.

The Dutch were led in scoring with 17 points form Luke Korver and 13 points from Kael Arends. The Orabs had three players in double figures led by Radke with 13 and 12 a piece from Provost and Shane Brouwer.

The Dutch improved to 5-7 overall and 5-5 in the conference while the Orabs fell to 4-9 on the season and 2-7 in Siouxland action.