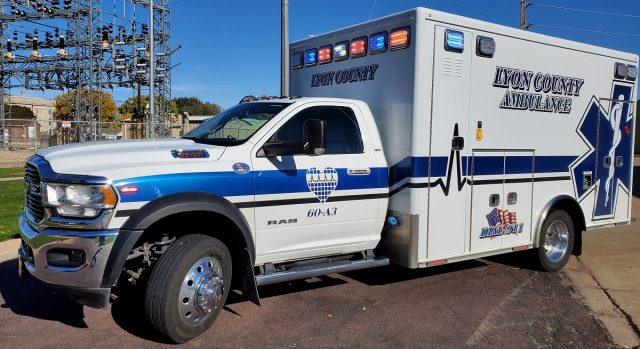 Doon, Iowa — A Doon man was taken to a hospital after an accident near Doon on Monday morning.

According to the Lyon County Sheriff’s Office, about 7:35 a.m., Nicky Greene of Rock Valley was driving his 2017 Chevy Silverado pickup eastbound on 260th Street or A52, a mile east of the A42 intersection on the south edge of Doon, when he stopped for crossing deer. The sheriff’s office says Greene’s Silverado was then rear-ended by an eastbound 1998 Jeep Grand Cherokee driven by Kyson Van Surksum of Doon.

Van Surksum was transported to an area hospital. His injuries were thought to be minor.

The report says both vehicles sustained heavy damage with the Van Surksum jeep being considered a total loss.

According to the sheriff’s office, Van Surksum was cited on a charge of Following Too Closely.